Meet Dr. Engel | Meet the Staff | Dr. Engel — a Community Leader | Before and After

Dr. Lee Engel and his wife, Jan, are the proud parents of two daughters, Alexa and Savannah. Lee, an Eagle Scout, graduated from Fulton High School in Fulton, Kentucky, and began his college years at Murray State University. In college, he was an officer of Pi Kappa Alpha Fraternity. Active in student politics, he served as class officer, vice president of the student government, and president of the student government assembly. Interested in writing, he was an editor of his college yearbook. After completing his undergraduate degree at the University of Kentucky, Dr. Engel entered the University Of Kentucky College Of Dentistry. He graduated in the top of his class with a doctorate in dental medicine and was the recipient of the Mosby Scholarship Award. He then accepted a commission with the United States Air Force Dental Corp as a Captain, and practiced general dentistry at Barksdale Air Force Base in Shreveport, Louisiana.

Dr. Engel's practice has grown from one office to three offices known throughout the Delta as Engel Orthodontics. An active member of St. James' Episcopal Church, Dr. Engel served on the Vestry, as Stewardship Chairman, as leader of the Episcopal Young Churchmen for 5 years, and as a Sunday school teacher for 12 years. Dr. Engel served as an officer for two years and president of the Washington School PTO and raises funds annually for the school.

Dr. Engel's main service platform is the Delta Children's Museum. Under Dr. Engel's leadership, the museum presents 5 to 6 projects per year for our area youth. Ever mindful of the need for the arts in our public, as well as private schools, Dr. Engel and board members, have brought countless programs, exhibits, hands-on-learning events, and visual learning experiences to our youth. The vast majority of all projects were free or at a reduced cost to our Delta children.

During the first years with the museum, Dr. Engel, recognized that local art dollars were limited, and he developed a talent for grant writing. The Delta Children's Museum began receiving grants from the Mississippi Arts Commission, the Southern Arts Federation and the National Endowment for the Arts. Dr. Engel also wrote grants for the Greenville Symphony, which provided over half of their budget revenue for many years.

Under Lee's guidance, the Delta Children's Museum took on its most ambitious project to date—the restoration of the 1901 Armitage Hershell Carousel. After acquiring ownership of the carousel, Dr. Engel began a large fundraising effort which culminated in the return of the 109-year-old Greenville treasure fully restored and now placed in a controlled indoor environment in the Delta Children's Museum Pavilion in E. E. Bass Cultural Arts Center. Under Dr. Engel's direction of this community effort, the carousel is now open to the public.

Dr. Engel was also the recipient of "the Lifetime Achievement Award" for community service. Over the years, Dr. Engel's grant writing achievements and the gift of his time and energy have made a dramatic impact on the accessibility to the arts for all people in the Mississippi Delta. 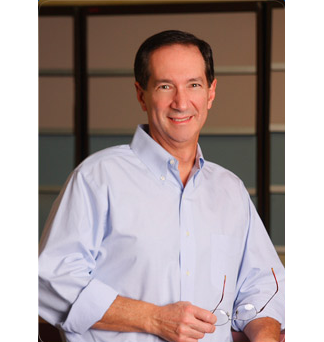